Who decided to spend 8 hours on a ‘ferry’? We did!

That’s right,  we left El Nido for Coron Town on Busuanga Island on what was really just a large boat. I was perfectly fine, if a little uncomfortable, sitting on the side of the boat floating past island after island reading my Kindle app. 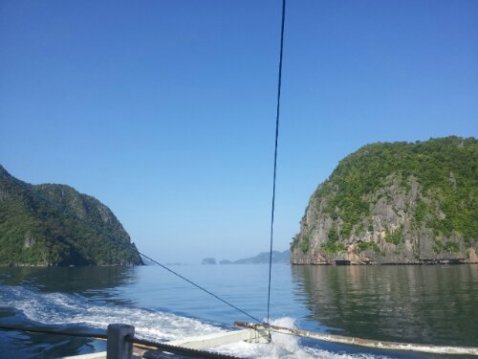 Martin, however, was not. Turns out he gets pretty seasick. 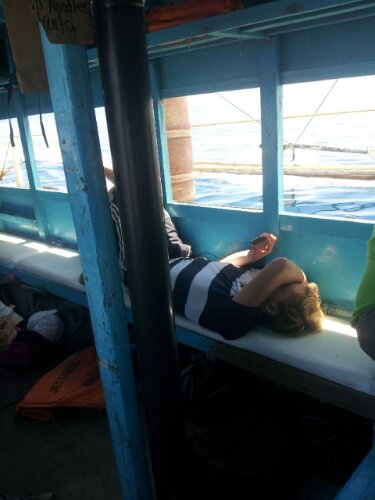 Whilst he tried not to throw up, I made some filipino friends. 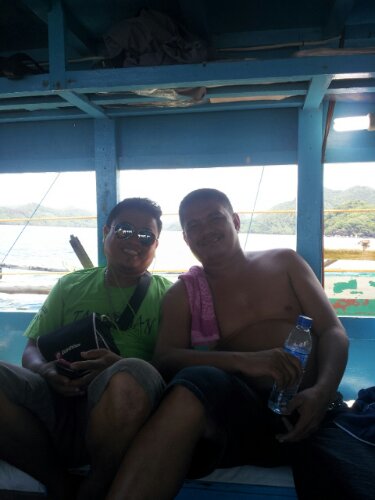 On arriving in Coron, we had a real struggle to find accommodation. I like to just go with the flow when planning where to stay in Asia but Martin likes to book ahead. Coron being so remote, there was no online booking for accommodation at the time, it was simply turn up and hunt for a bed. Eventually we found an OK enough place and settled down.

Coron has a few attractions to it but we ended up staying there longer than planned due to illness. This is what we did:

“HOT SPRINGS?!”
Every time we left our accommodation we were asked by tuk tuk drivers to visit the “HOT SPRIIIIIINGS?!” and eventually caved. The hot springs are half an hour outside of town on a bum-bruising track but worth it for an afternoon of relaxation and a view. Especially good for recovering from weird travel sickness. 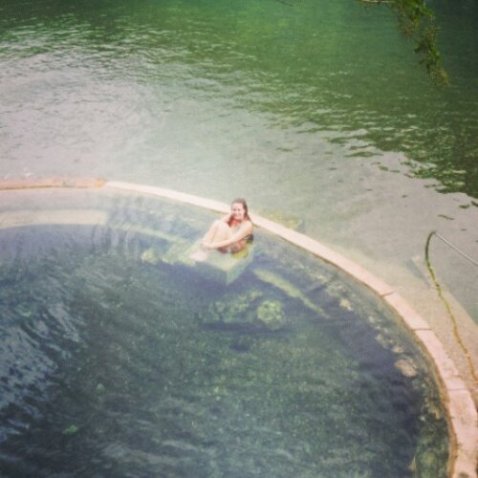 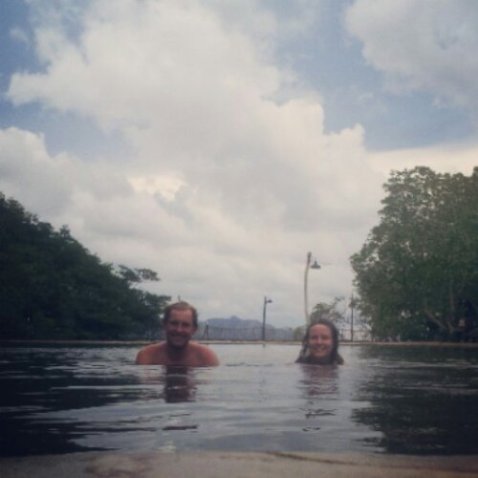 Coron viewpoint
I don’t think I’ve heard anyone moan about walking as much as Martin walking up the steps to Coron viewpoint. It was a fair pull up there by the views were unreal. 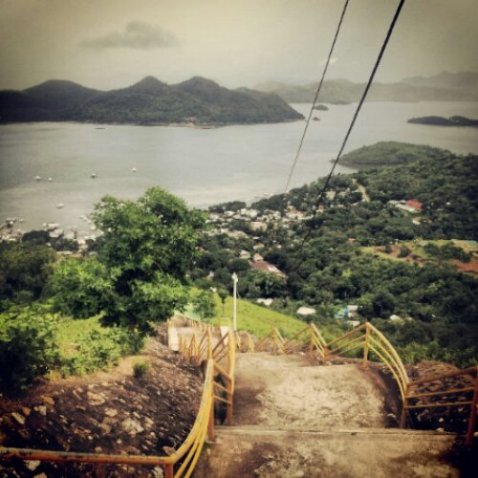 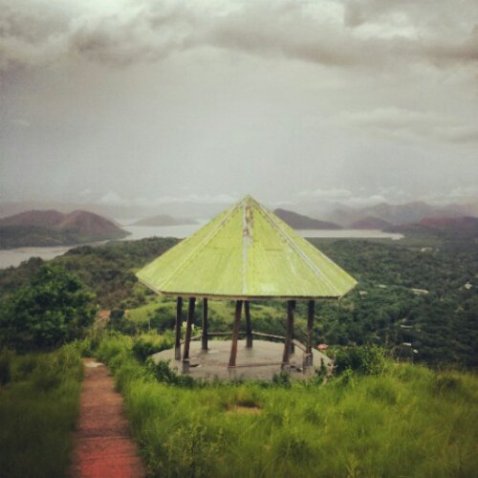 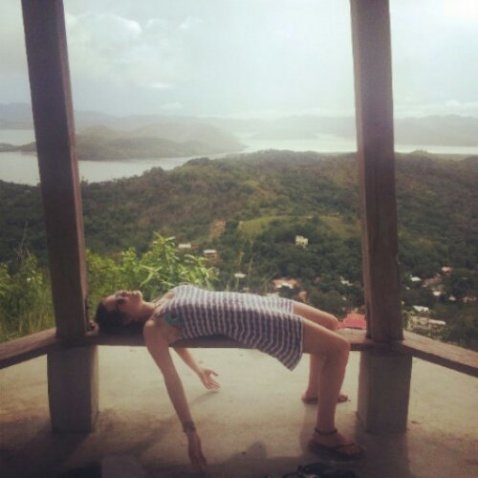 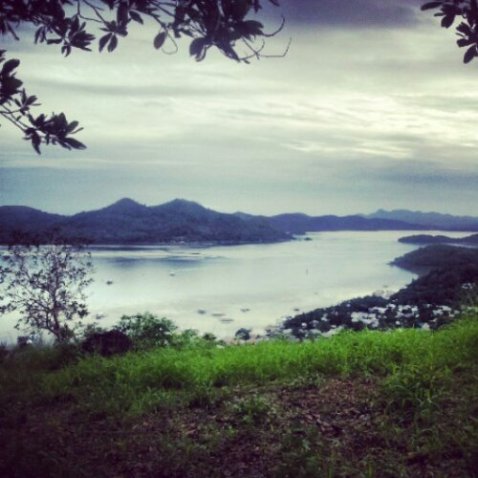 Coron Island boat trip
Being in a country of islands, of course we took another boat trip.  We took a barangay tour to Coron Island. 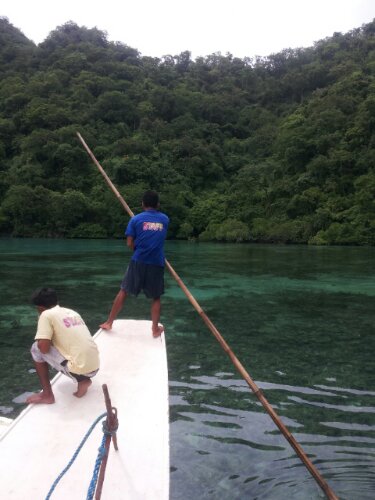 We snorkeled off mini islands, once again dodging jellyfish although a few little ones stung our toes! 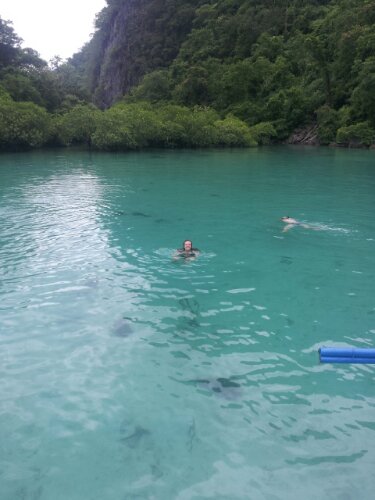 Once on the actual island, we climbed what felt like a million steps to reach the top and looked out across the inlet. A fantastic view. A Russian in speedos – not such a great view. 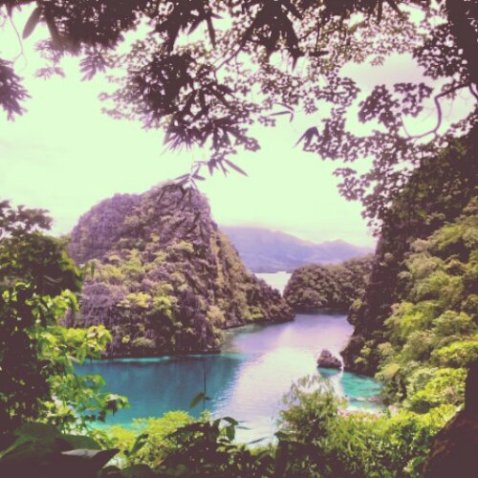 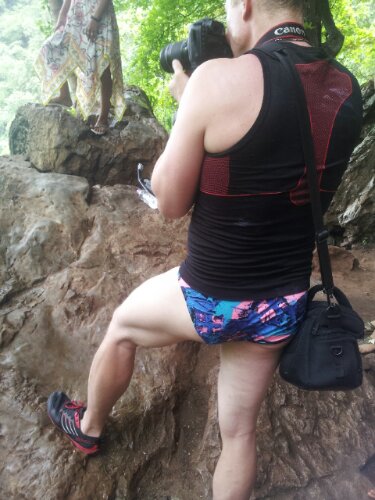 Coron Island is known for it’s ‘birds nest soup’. Locals climb high up the cliffsides with no safety equipment to collect birds nests. The saliva used to hold the nests together is the priceless ingredient they search for. Such a luxury is rather expensive due to the effort put in to collect the nests – a fantastic source of income for local people. A large part of the Island is inaccessible to tourists as it’s protected for local tribes, which I think is brilliant.

Next up on the tour was Kanyangan Lake, a freshwater lake. I so wish I’d had an underwater camera.  The Lake had giant limestone pillars in it! Underwater was like venturing to another world – it looked like a moonscape but with eery pale fish floating by. 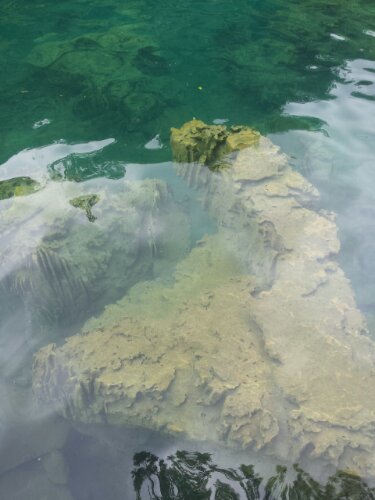 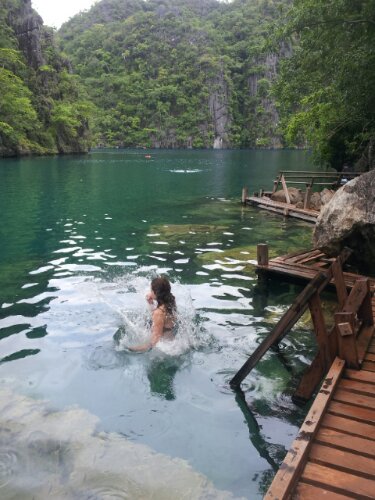 Having walked back to the boat for food, we sat down to eat and were joined by a naughty monkey who just wanted our bananas! 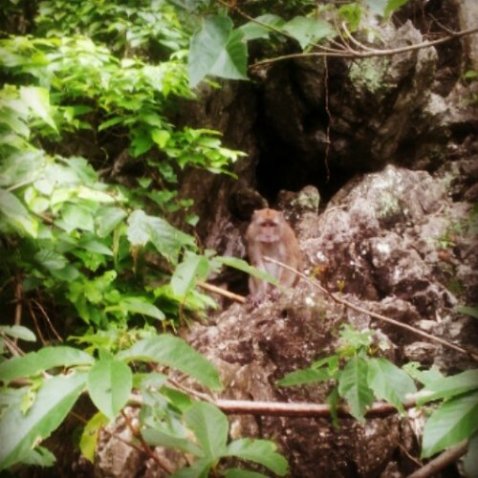 One response to “Coron”